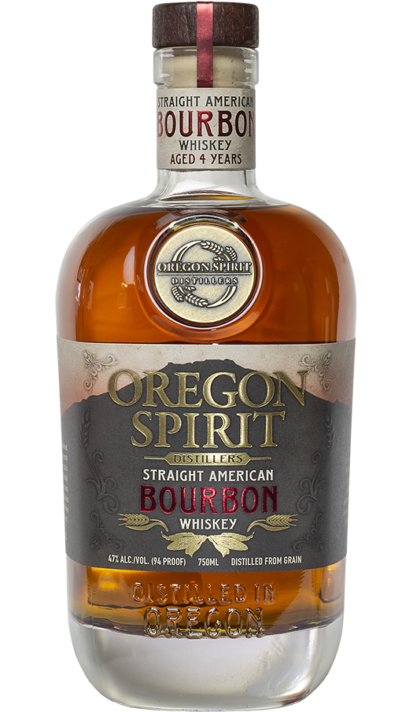 Oregon Spirit Distillers Bourbon Whiskey is a four grain bourbon made with corn, rye, wheat, and malted barley. This whiskey is made and aged for four years on site in Bend, Oregon. After four years of maturation in new American white oak barrels, the barrels are married and a touch of water is added to bring our whiskey to 94 proof.

FIND IT AT TOTAL WINE 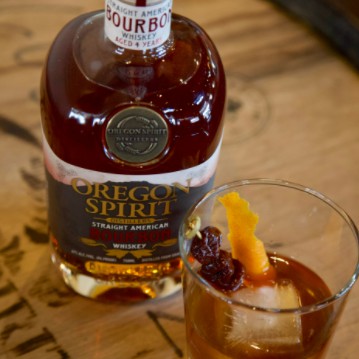 Add all ingredients except bourbon to a short glass. Muddle sugar cube until combined. Add one large ice cube. Add bourbon and mix well until sugar is dissolved. Garnish with cherries and an orange peel. 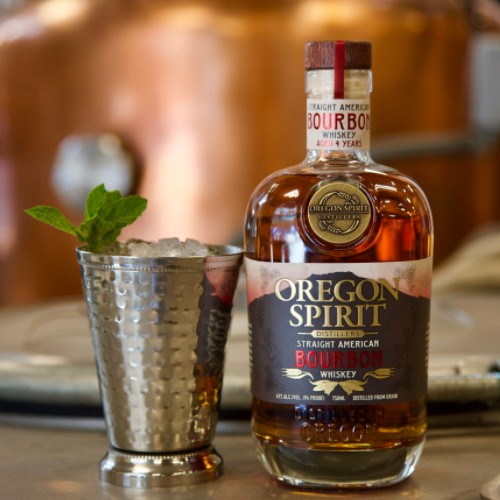 Muddle 5 mint leaves with simple syrup in a shaker. Add ice and bourbon. Shake well until combined. Strain into a julep cup over crushed ice. Garnish with fresh mint.